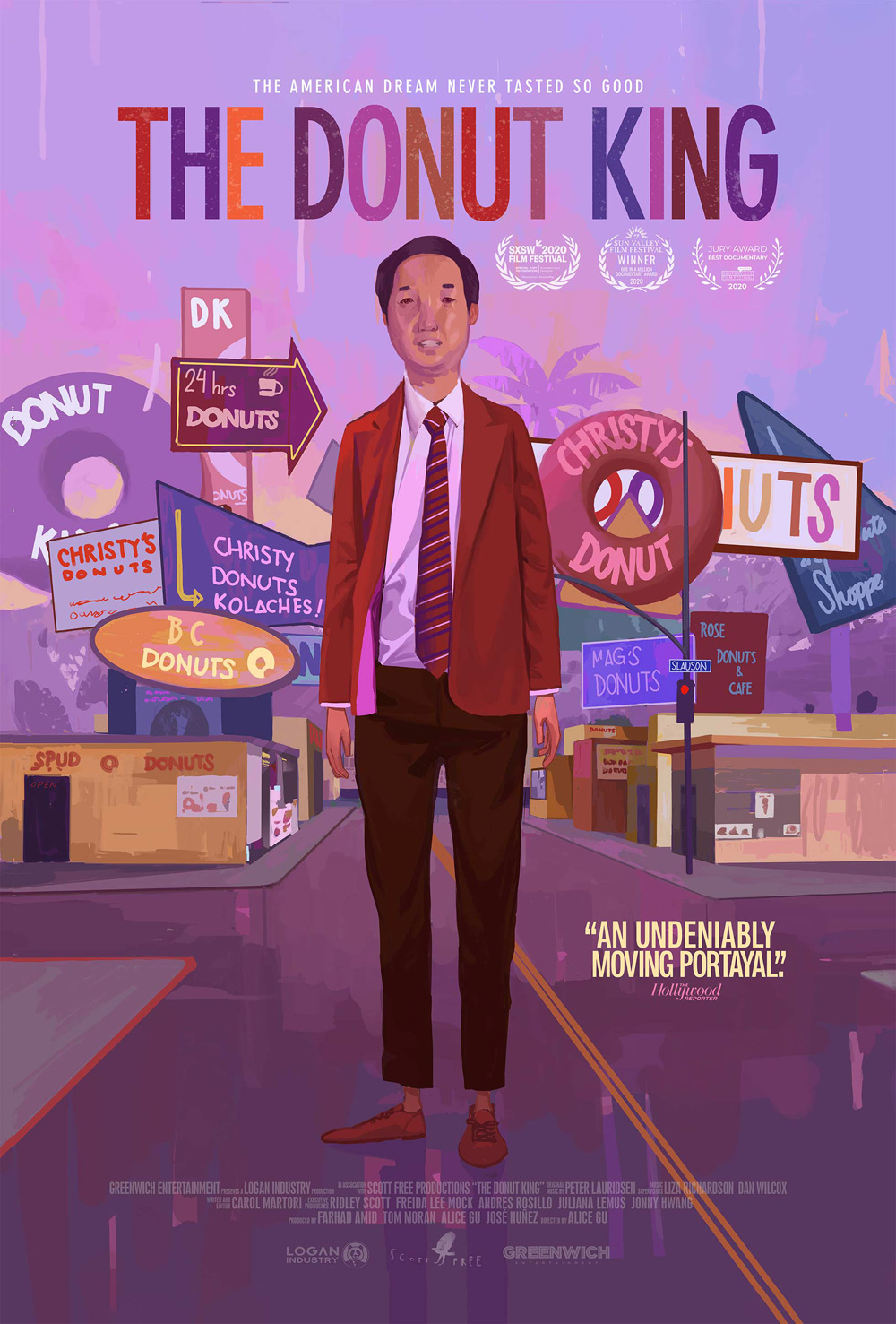 The Donut King tells the story of Ted Ngoy, a Cambodian refugee who arrived in Los Angeles in 1975 and changed everything we know about America’s favorite pastry, the donut. While building a multi-million-dollar empire that effectively kept Dunkin’ out of Southern California for decades, Ngoy became a hero of the Cambodian community by sponsoring hundreds of visas for incoming refugees throughout his career.

Directed by Alice Gu and executive produced by Ridley Scott (bio), this new donut-umentary puts Ngoy’s journey under the microscope, telling a rise-and-fall narrative with humor and rigor.

Virtual Cinema rentals of The Donut King are $9.99 but 50% of your ticket cost is earmarked for Colonial Theatre’s survival and reopening!