COLONIAL THEATRE IS OFFERED FOR SALE!

Therese Bagnardi and Michael Hurley are announcing we have begun the process of looking for the next generation of caretaker for the Colonial Theatre. The theatre is listed with Michael Cunning and Worth Real Estate.

We have been blessed to have a twenty-four year run at caring for the 107 year old theatre and we’ve loved almost every minute. When we took over the theatre the lobby was filled with a video tape rental shop, there was no internet, kids used pay phones to get a ride home, real 35 mm film rolled through the projectors, the rest rooms looked like a place not to linger, and there was two tired screens. 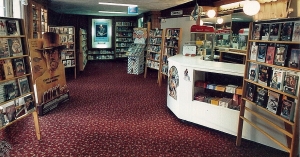 Today there’s three fully modernized digital theatres including the grand “Dreamland” with balcony, and the Colonial Theatre is doing well and positioned comfortably to go another hundred years.  It is time for the next generation of people who love movies, theatre, community, and the public to present life at The Colonial Theatre. 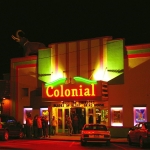 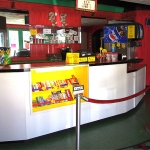 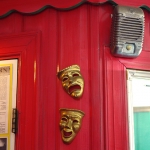 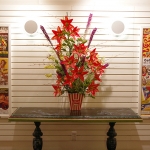 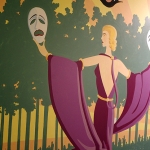 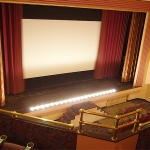 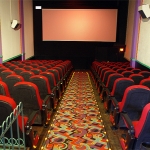 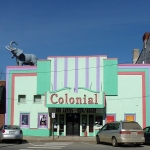 This historic landmark has seen many great shows since 1912 and it will continue to do so. An operating theatre in a downtown is not only a cultural anchor and social center, but an economic engine for the area as well. The Colonial Theatre has the added distinction to be a piece of living history with 107 years of movies shown. It is located in a designated Historic District, and in 1995 the United States Department of the Interior placed The Colonial Theatre on the National Register of Historic Places. 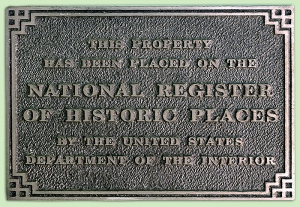 Just as we could not imagine the Colonial Theatre without John Grant after he had served for nearly fifty years as the manager and face of The Colonial Theatre we know this change may roil the waters; change makes people nervous.  But we are excited to hear what new managers of this beloved rock of Belfast’s foundation will bring to the programming and management of the theatre. New people bring new ideas. We’re proud of what we have done but we know there are great creative minds with ideas just waiting to spring onto the screen and stage. 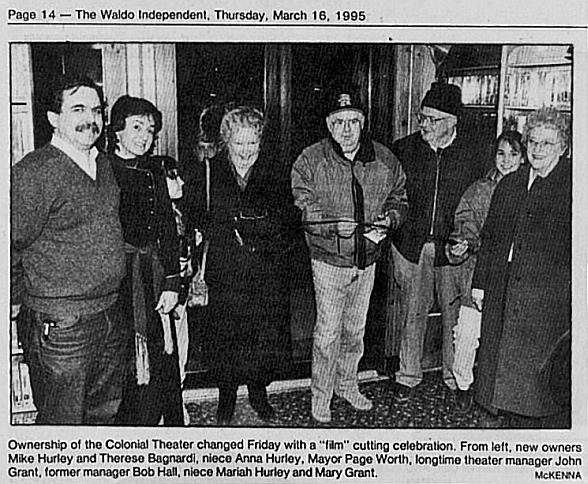 This rearranging of the Colonial’s caretakers is not an emergency. Business is good and our health is good. We fully expect it to take a good deal of time to find the right people and we’re not in a rush.

Thank you to the many people who have supported us and the Colonial in so many ways. There’s really no way to list all the staff who have truly made the Colonial what it is, the volunteers who do so much, the loyal fans and theatre goers, the “Friends of the Colonial” who came to the rescue when the digital conversion loomed, everyone who’s given a “quarter for conversion”, and the thousands and thousands of people who troop to the theatre to hear a talk, listen to a concert, celebrate an event, and most importantly enjoy a movie: thank you all. You mean the world to us.

When people go the movies, the greatest story telling medium ever created we believe, they “suspend disbelief” and give themselves over to the story. We often look back into the faces of people watching a movie and it’s as if they have been taken far away by the stories unfolding on the screen. We count ourselves enormously lucky to have been carried away by the movies and The Colonial Theatre.

We’ll keep you posted on developments. Thank you again and “We’ll see you at the movies.”