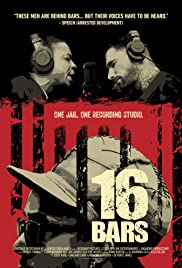 The documentary “16 Bars” is constructed around a workshop that Todd Thomas — a.k.a. Speech of the Atlanta hip-hop group Arrested Development — led at a jail in Richmond, Va., in 2017. Thomas helped inmates make music in a recording studio on-site; the workshop was part of a voluntary program designed to reduce recidivism rates.

The movie, directed by Sam Bathrick, follows Thomas and four participants during the process. In Garland Carr, whose country tunes (and a bluesy spiritual) provide the movie with some elegiac interludes, Thomas sees “a superstar that may never be, because he’s behind bars.” Perhaps the most volatile arc comes from Anthony Johnston, who keeps receiving sanctions that threaten his continued involvement in the program.

Tickets are $4.99 and once you purchase viewing you can watch this for 72 hours.