After Coup 53‘s producers were frivolously sued, the film Washington Post rated as the #4 documentary of 2020, returns to the Colonial’s Virtual Cinema.

Working with Ralph Fiennes (IMDb page) to help bring the lost material to life, what began as a historical documentary about four days in August 1953 turned into a live investigation, taking the filmmakers into uncharted cinematic waters.

Pricing for a Virtual Cinema Rental of Coup 53 is $11.99 — you’ll be able to watch the entire thing for at least 48-hours after purchase. 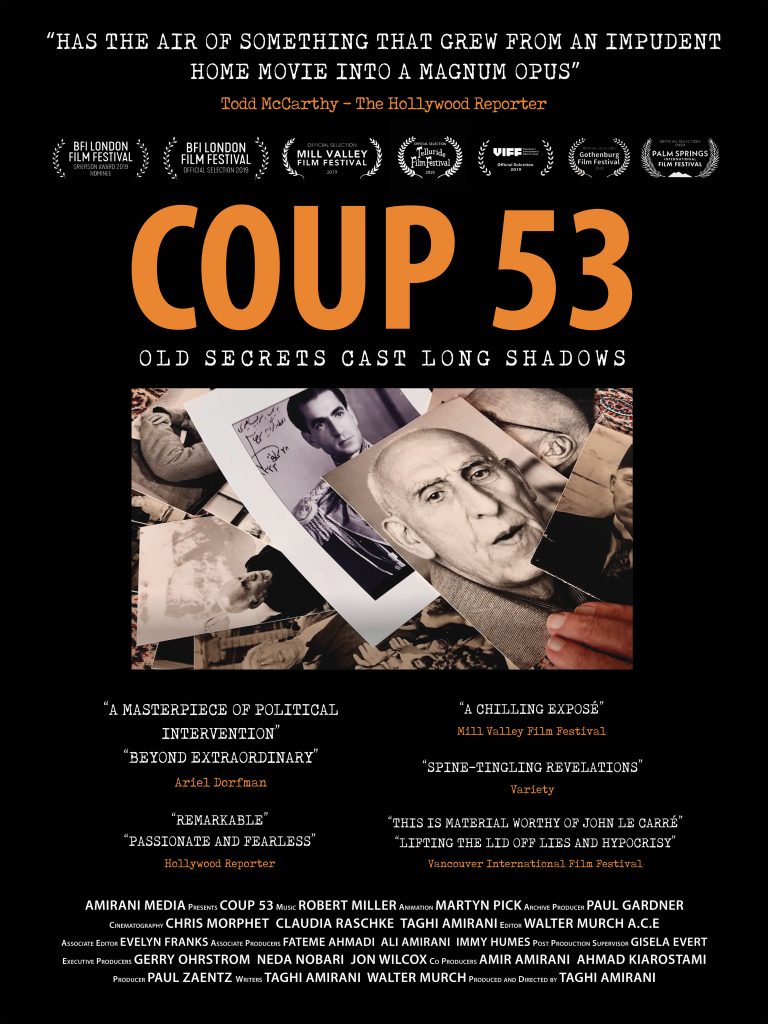